Orders are still being processed as normal

We will still be sending orders with FedEx using the quickest available service (Monday-Friday) although delivery times are not currently guaranteed.

HOME |
News
/ Proof that anyone can beat anyone in the EPL

Proof that anyone can beat anyone in the EPL

The Premier League is regarded as the most competitive league in the world. We are only 10 games into the current season and can see why - we explain the method behind our ideology.

After just 10 games into the new Premier League season, our domestic competition has proved once again that it is the most competitive in the world - by showing that anyone in the EPL can beat anyone.

In truth it is a bit difficult to explain with just word, so we'll let this graphic do the talking... 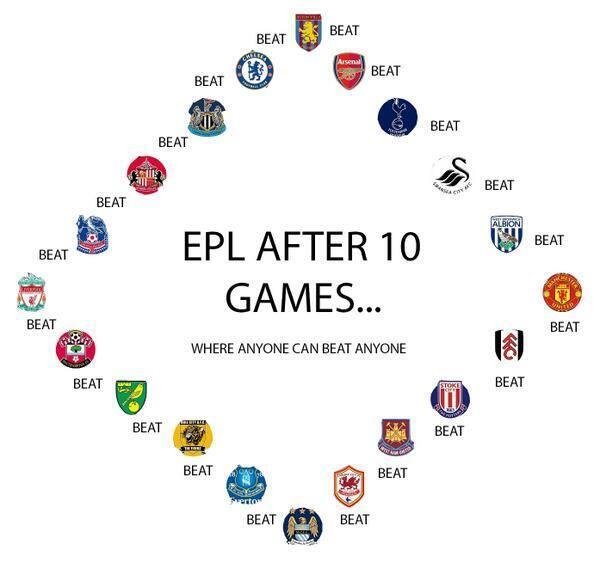