Uefa Euro 2016 kicks off on 10th June, so we give you of Euro firsts and PDF downloads of the group stage and knock out stages!

UEFA Euro 2016, which is being hosted in France this year, kicks off on the 10th June and it is set to be an exciting tournament with a lot of firsts!

For the first time, the UEFA Euro tournament will be contested by 24 teams. This has been expanded from the 16 team format which had been used in this tournament ever since 1996!

See two of our home nations play head to head! England and Wales find themselves in Group B and will be competing against eachother for the first time in the tournament on June 16th.

You can download our free Group Stage & Knock Out Stage PDF's below to keep up with all the fixtures! 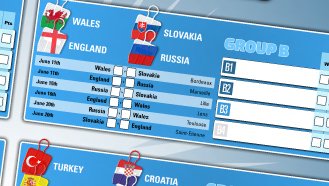 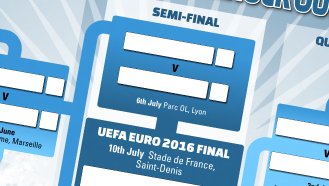 Keep up to date on all things #EURO2016 on our twitter page @fitforfootball.